Mariano Campoy-Quiles has been promoted to Research Scientist. This promotion was an internal competition within the Spanish National Research Council (CSIC) in the field of Material Science and Technology in which more than 40 tenured scientist competed. CSIC has three levels of research permanent staff, with Research Scientist being the second (somehow equivalent to Reader in the UK).

Mariano´s research is focused on developing cost-effective renewable energy sources, mainly thermoelectric generators and organic solar cells. Additionally, Mariano holds an ERC Consolidator grant with the title ‘Finding a needle in a haystack: efficient identification of high performing organic energy materials (FOREMAT)’. Currently, Mariano is leading a group of 3 Post-Docs and 7 PhD students within NANOPTO. The “Forematics” have been shown to self-assemble into gradients even in their spare time. 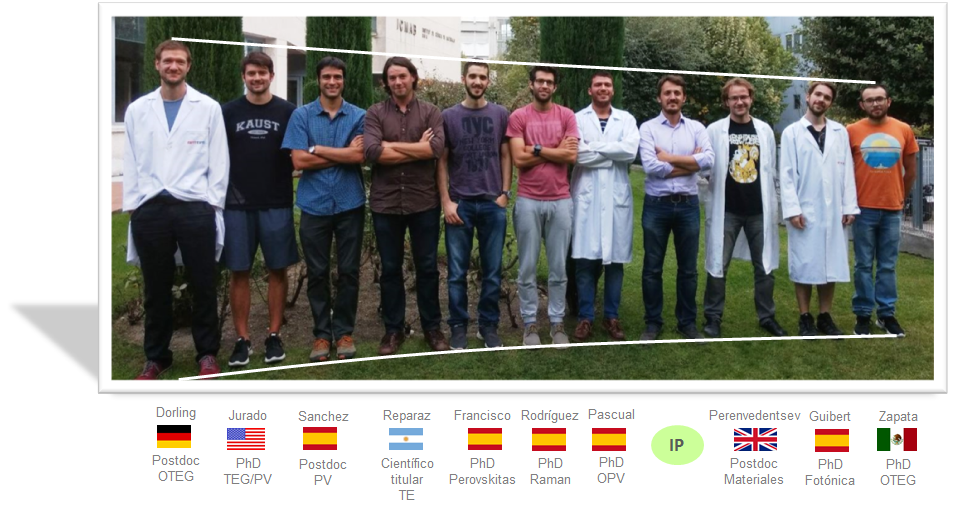