Thermoelectric materials, capable of transforming heat into electricity, are very promising when converting residual heat into electrical energy, since they allow us to utilize hardly usable or almost lost thermal energy in an efficient way. Researchers at the Institute of Materials Science of Barcelona (ICMAB-CSIC) have created a new thermoelectric material: a paper capable of converting waste heat into electricity. These devices could be used to generate electricity from residual heat to feed sensors in the field of the Internet of Things, Agriculture 4.0 or Industry 4.0. The study has been published in the Energy & Environmental Science journal.

“This device is composed of cellulose, produced in situ in the laboratory by bacteria, with small amounts of a conductor nanomaterial, carbon nanotubes, using a sustainable and environmentally friendly strategy” explains Mariano Campoy-Quiles, researcher at the ICMAB.

“In the near future, they could be used as wearable devices, in medical or sports applications, for example. And if the efficiency of the device was even more optimized, this material could lead to intelligent thermal insulators or to hybrid photovoltaic-thermoelectric power generation systems” predicts Campoy-Quiles.

In addition “due to the high flexibility of the cellulose and to the scalability of the process, these devices could be used in applications where the residual heat source has unusual forms or extensive areas, as they could be completely covered with this material” indicates Anna Roig, researcher at the ICMAB.

Since bacterial cellulose can be home made, perhaps we are facing the first step towards a new energy paradigm, where users will be able to make their own electric generators. We are still far away, but this study is a beginning. We have to start somewhere.

Farming thermoelectric paper in the lab

“Instead of making a material for energy, we cultivate it” explains Mariano Campoy-Quiles, a researcher of this study. “Bacteria, dispersed in an aqueous culture medium containing sugars and carbon nanotubes, produce the nanocellulose fibers that will end up forming the device, in which the carbon nanotubes are embedded” continues Campoy-Quiles.”We obtain a mechanically resistant, flexible and deformable material, thanks to the cellulose fibers, and with a high electrical conductivity, thanks to the carbon nanotubes,” explains Anna Laromaine, researcher at the ICMAB. “The intention is to approach the concept of circular economy, using sustainable materials that are not toxic for the environment, which are used in small amounts, and which can be recycled and reused,” explains Roig.

Roig claims that, in comparison to other similar materials, “this one has a higher thermal stability compared to other thermoelectric materials based on synthetic polymers, which allows it to reach temperatures of 250 °C. In addition, the device does not use toxic elements, and the cellulose can easily be recycled, since it can be degraded by an enzymatic process converting it into glucose, while recovering the carbon nanotubes, which are the most expensive element of the device”. Moreover, the thickness, color and transparency of the material can be controlled. 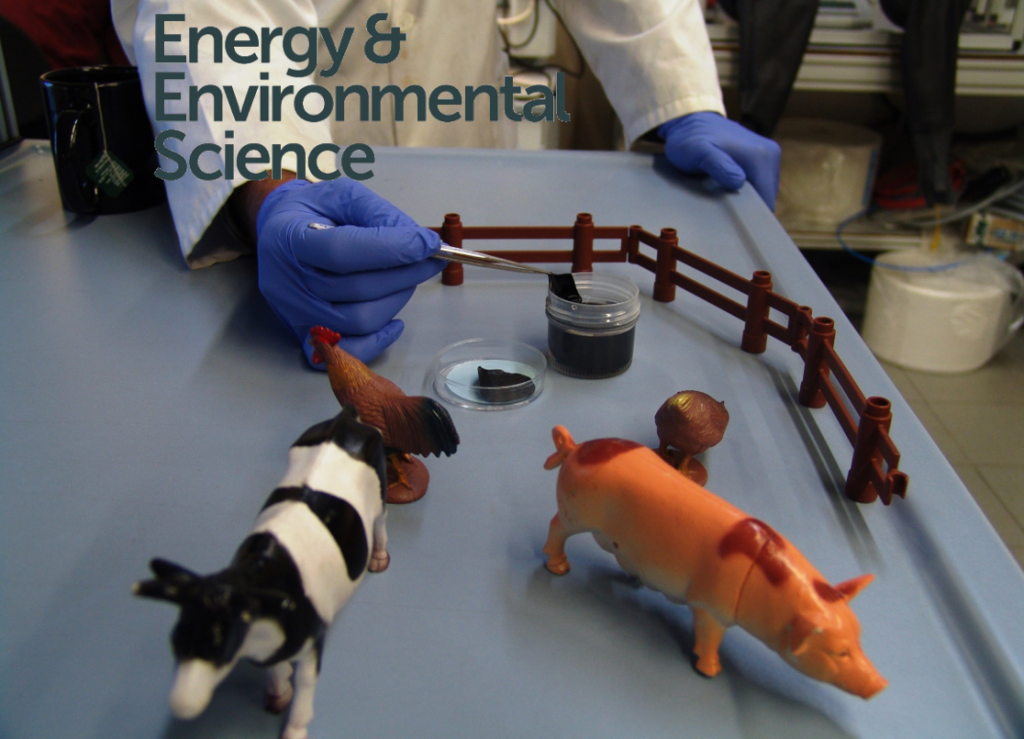 Thermoelectric paper is produced in the lab by bacteria

Campoy-Quiles explains that carbon nanotubes have been chosen for their dimensions: “Thanks to their nanoscale diameter and their few microns in length, carbon nanotubes allow, with very little quantity (in some cases up to 1 %), to obtain electrical percolation, i.e. a continuous path where the electrical charges can travel through the material, allowing cellulose to be conductive and thermal insulator at the same time”.

Additionally, the use of such a small amount of nanotubes (up to a maximum of 10 %), while maintaining the overall efficiency of a material containing 100 %, makes the process very economic and energy efficient” adds Campoy-Quiles. “On the other hand, the dimensions of carbon nanotubes are similar to those of cellulose nanofibres, which results in a homogeneous dispersion. In addition, the inclusion of these nanomaterials has a positive impact on the mechanical properties of cellulose, making it even more deformable, extensible and resistant”, adds Roig.

This study is the result of an interdisciplinary project (FIP-THERMOPAPER) between different groups of the Institute of Materials Science of Barcelona (ICMAB-CSIC) in the framework of the “Frontier Interdisciplinary Projects” call, a strategic action of the Severo Ochoa project of excellence.

Download the press release in English, Spanish and Catalan here.