Several  Nanopto group members participated at Research Workshop for Young Researchers Thin Film Emerging Photovoltaic and Optoelectronic Technologies (EMTECH), which was held in Barcelona from 27th to 28th of April 2017 and co-organized by Mariano Campoy. This workshop was focused on young researchers, who actively giving talks and discussing their results in scientific atmosphere. Furthermore, the workshop included didactic lectures given by recognized scientists in the PV field. 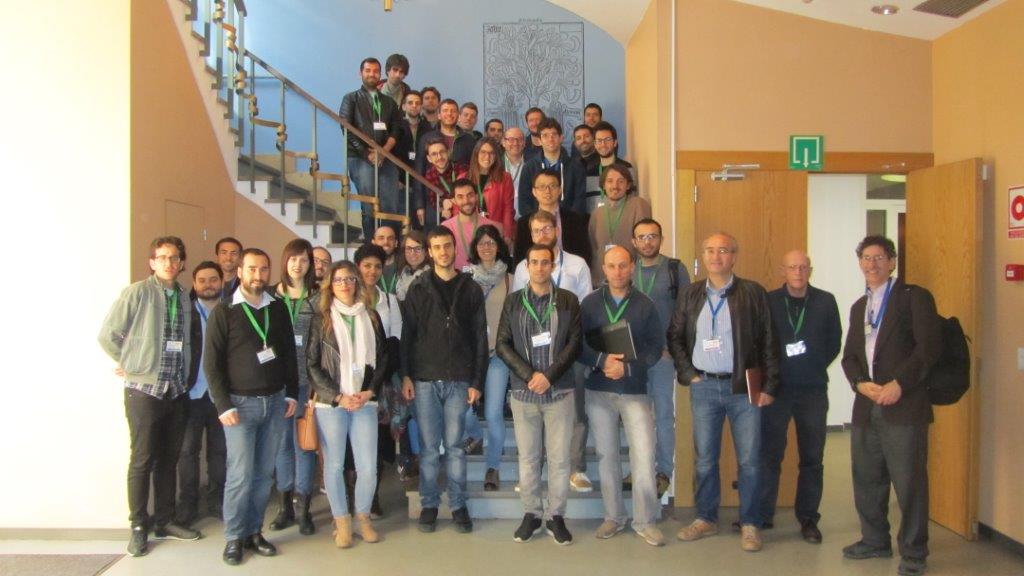 During the discussion sessions, some topics were discussed in more detailed and from a transversal view point. These included Earth crust abundance of elements used in Kersterites and other technologies, the origin of the open-circuit voltage loss. In addition, we also discussed the main bottlenecks for hybrid perovskites to meet market needs: stability and lead toxicity (substitution of lead for other non-toxic element). Finally, there was a general discussion about which should be the goal for OPV: efficiency vs aesthetic aspects (color, semitransparency) for building integration purposes.

Nanopto actively participated in this workshop with an invited talk by Dr. Agustín Mihi, and contributed talks by Dr. Antonio Sánchez-Díaz, Germán Mora, Enrique Pascual and Bernhard Dörling. They presented topics varying from low-cost nanoimprinted photonic architectures, a new throughput technique for OPV optimization, a new developed tool to predict solar cell color and the use of spherullites for polarization sensitive photodetectors.