Luminescence is electromagnetic radiation (light) emitted from a material in a non-equilibrium state. That is, radiation different than the one emitted by a black body in thermodynamic equilibrium according to Planck’s law1.

Figure 1 Schematic representation of a photoluminescence process. The laser excitation light (in blue) is absorbed by an electron from the valence which as a consequence is promoted to the conduction band. After scattering with phonons, it descends to the minimum of the conduction band, and then recombines radiatively with a hole in the valence band, emitting a photon in such process.

The difference with other processes such as reflection, or scattering, is that in a luminescence process, prior to emitting light, the energy is actually absorbed. This energy is employed to promote electrons from the valence band to real excited energy states in the conduction band. Once there these electrons will thermally lose energy descending to the bottom of the conduction band, and from there they will emit light when they recombine with holes at the top of the valence band. 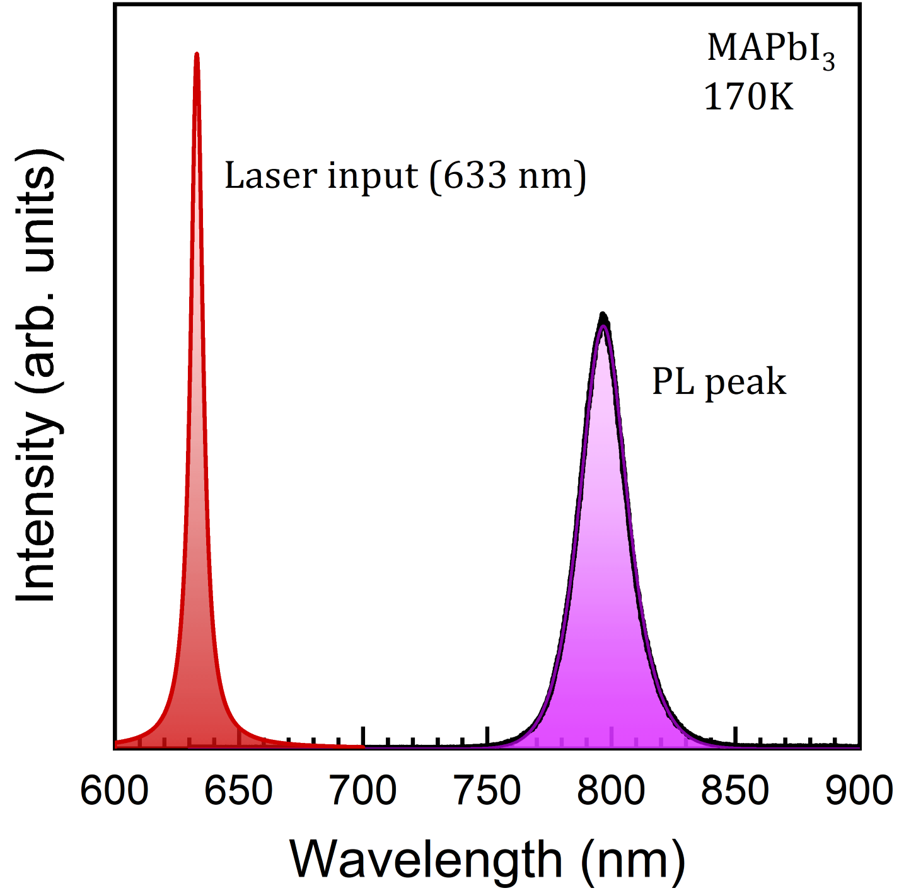 Figure 2 Photoluminescence spectrum from a perovskite MAPbI3 sample at 170 K. It shows a photoluminescence peak (in purple) from the material at around 800 nm. The laser excitation wavelength is 633 nm (higher energy) and a red peak representing it has been manually added to the graph for clarity, since typically this signal is filtered in the measurements.

The difference with other processes such as reflection, or scattering, is that in a luminescence process, prior to emitting light, the energy is actually absorbed. This energy is employed to promote electrons from the valence band to real excited energy states in the conduction band. Once there these electrons will thermally lose energy descending to the bottom of the conduction band, and from there they will emit light when they recombine with holes at the top of the valence band.

The probability of an electron to decay to the ground state is the inverse of the lifetime , and equals the sum of the probabilities of a radiative and a non-radiative transition:

Where G is the generation term, that is, the number of photons absorbed per unit volume per unit time. G can roughly be described as the product of the absorption coefficient α, times the excitation intensity Iex. 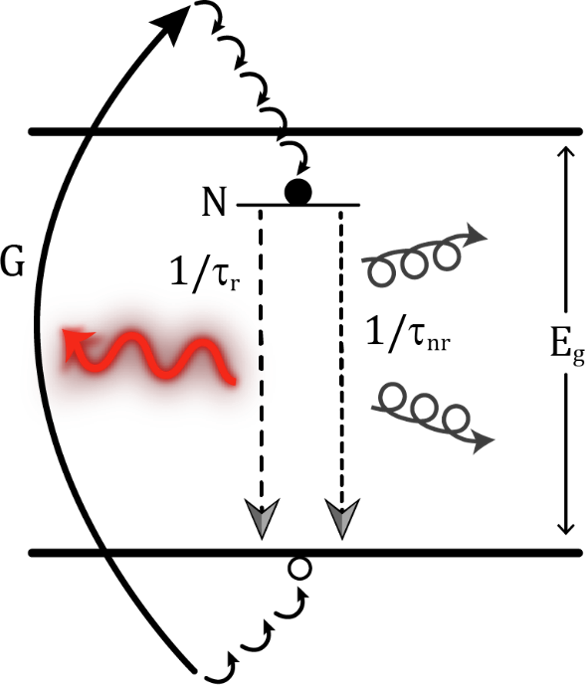 Bimolecular processes, on the other hand, are characteristic of free charge carriers (see Figure 4). They are, therefore, dependent on both the concentration of electrons, n, and holes, p. This is so because if an electron and a hole are moving freely inside the crystal, in order to recombine radiatively, they must randomly encounter one another first. Therefore, the probability of this event increases when both the density of electrons and holes is larger. The equation that governs this process is:

Where β is the bimolecular recombination coefficient, represented as the sum of the corresponding radiative and non-radiative coefficients β = βr + βnr. Also, we consider, for simplicity, an intrinsic semiconductor where n = p. 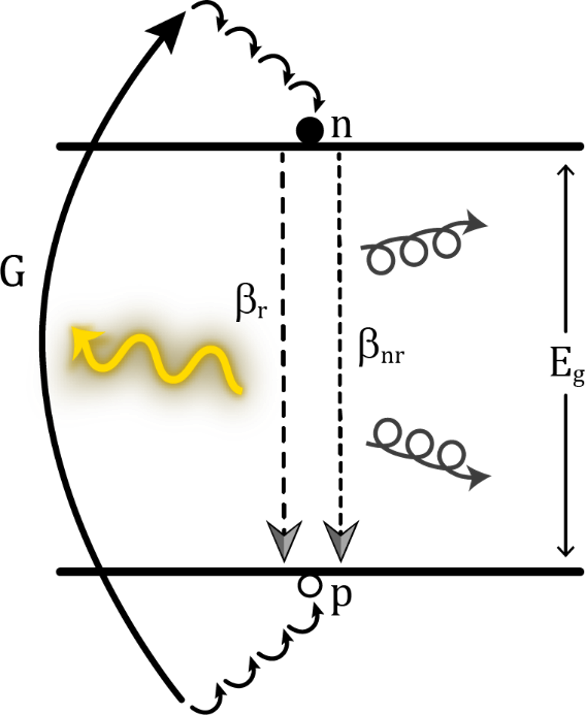 Figure 4 Schematic representation of a bimolecular recombination process. Free charge carriers must come across another one of opposite charge to recombine. That is why the process is dependent both in the density of electrons and holes

When electron-hole pairs are photo-generated, they may recombine before charges are completely separated (i.e. before they are separated a distance larger than the Coulomb radius, which is the distance where the Coulomb energy is ~ KB ·T). In that case, called geminate recombination, the exciton recombination kinetics are monomolecular. On the other hand, if an exciton is formed from free electrons and holes, since the electron needs to randomly meet a hole before forming the bound electron-hole pair, the recombination process follows bimolecular kinetics.

It is typical to find both mono- and bi-molecular processes simultaneously (see Figure 5). It is not in the scope of this brief introduction to photoluminescence spectroscopy to elaborate further on the equations that govern these processes, however, I just want to note that in many materials, such as the perovskite one shown as an example in Figure 2, it is possible to see both processes happening at the same time when measuring at low temperatures. On the one hand, exciton recombination in hybrid perovskites presents a bimolecular character3, and on the other hand, when the temperature is low enough, we can also see luminescence from the defects, which, since they are spatially localized, must follow a monomolecular description of its recombination kinetics. 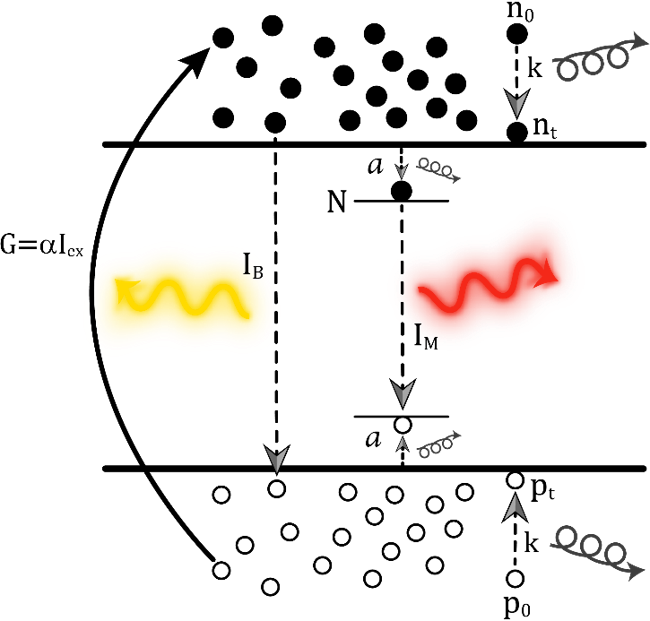 Figure 5 Both monomolecular and bimolecular types of recombination happening at the same time.

Photoluminescence techniques represent a useful tool to characterize semiconductor materials, given that these materials don’t present a high amount of deep trap states that would make the main recombination pathways non-radiative. For instance, by looking at the shift of the photoluminescence peak with changing conditions, such as increasing pressure or decreasing temperature, we can extract the bandgap dependence on these parameters. This allows us to obtain information about the electronic band structure, or electron-phonon and thermal expansion effects on the bandgap4. Also, sudden changes in the tendency or the position of these peaks, are indicative of structural phase transitions5. Besides, valuable information about the quality of the crystal can be extracted from PL spectra.